With Victoria moving into a state of emergency in August, the impact of Covid-19 on the retail sector became increasingly more onerous. With both the inability and lack of desire in many cases to physically shop, on-line shopping has continued to take an increasing share of retail spending. Reflective of the surge in on-line parcel demand, Sydney letter deliveries have been reduced to every other day.

The accumulation of these forces means, from a very low level, shopping centre transactions continued to dwindle in August. According to TDA estimates, the value of shopping centres sales across Australia, in the three months to August, are now 67% down on a year earlier and averaging less than $200m a month.

The number of shopping centre transacted is similarly sparse. Averaging less than four transactions over the three months to August and, on a declining monthly trend, the number of transactions is down 70% on a year earlier. Whilst there has been some recent movement of larger retail outlets, TDA has found the bulk of assets transacted in recent months continues to be dominated by neighbourhood and convenience centres.

Cap rates are little changed from a year ago, while the price paid per square metre is up significantly. However, the very low number of transactions means any interpretation should be treated with considerable caution. 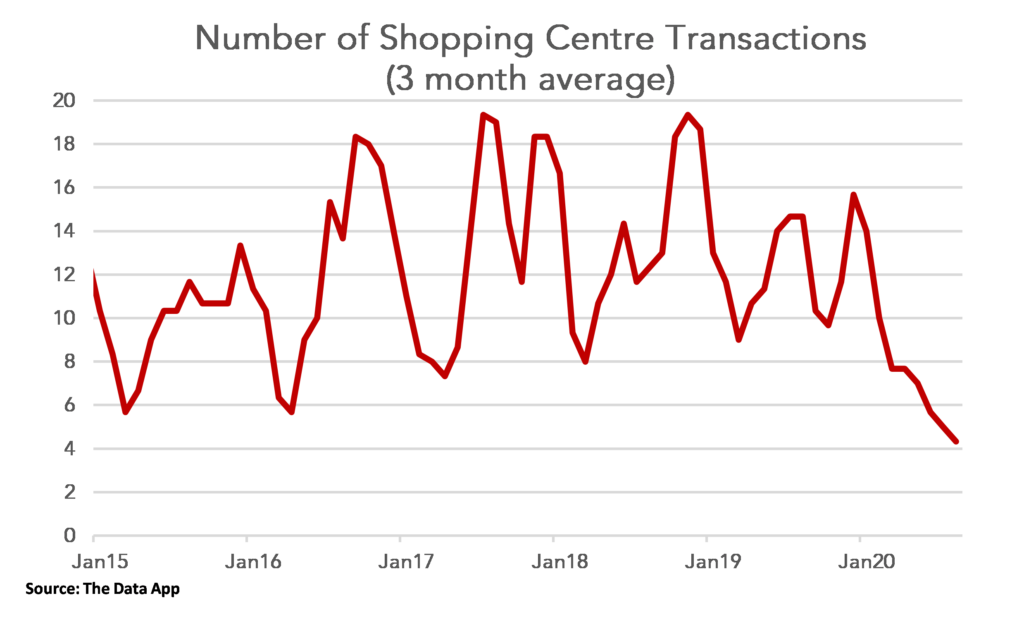